It’s been one of those days.  I feel like that parent who some people cast a withering glance at before inwardly thinking ‘thank God that’s not me’ or something along those lines but possibly less sympathetic.  One thing’s for sure it certainly has NOT been easy to approach life following the principles of mindfulness today.

Basically I was the woman who felt judged today…. ALL DAY.  By other parents, by teachers, waitresses, by shop assistants, by other shoppers.  Put simply by the general public of south-east London.

If anyone had cared to listen I would have told them that toddler twins are great but TOUGH when they’re both ‘on one’ and I’m sorry but I really don’t have eyes in the back of my head especially as we’re all a bit grumpy having been up since about 5am each morning this week.   I might also add that I’m tired after a half term of teaching teenagers, that twin 2 is refusing to eat her meals holding out for snacks and so I’m trying to be more disciplined trying to wean her off her diet of Pombears, oatcakes and bananas.  Oh and my final defence would be that we have work going on at home today which makes it difficult to just ‘hang out’ in our own space because of the twins’ curiosity in all things sharp and heavy.

And yet when I have time to give myself a little time and space and show myself some self-compassion this mindfulness mantra pops into my head:

So what does this mean?

It means that the parents who I thought were annoyed by the antics of my little ones may have just been thinking ‘there’s another toddler acting like er…..well….. a toddler’.

It means that the teachers at the school gates probably weren’t even paying attention to my little ones writhing around trying to climb out of their buggy.  Instead they were probably just nodding and smiling away to parents on auto-pilot while thinking about their holidays and how well-deserved they are because they’re feeling bloody knackered.

It means that the waitresses who I thought were cursing me under their breath for being a  bad mother may well have been thinking ‘oooh those kids are being a bit loud today, but they’re usually fairly sweet, they must be having a bad day’.

It means that the shop assistants who in my mind condemned me and my children as being a ‘nightmare family’ were almost certainly thinking more along the lines of ‘here’s another harassed mother trying to get in and out of the shop as quickly as possible’.

It means that the other shoppers who  I believed were immensely irritated by my screaming children and massive buggy were probably not really tuned into their volume or the space we were taking up at all.

Ok so SOME people may have judged me and my family today.  SOME people may even have wished we hadn’t chosen the same cafe as them to have our lunch in but I’m pretty sure that, contrary to my imaginings, the whole of south-east London is not talking about that horrendous mother and her feral twin toddlers.

Clearly my thoughts ran away with me today.  However in a more mindful moment I am able to reflect and remember that these thoughts are just my thoughts, not the universal truth.  The more we remind ourselves of this mantra the less judged we will all hopefully feel. 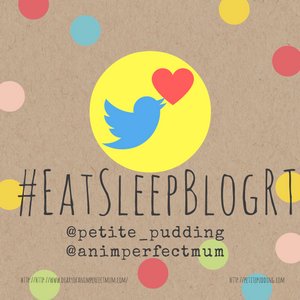 Hello and thanks for dropping by.

Bringing mindfulness to people who need it most – parents, professionals, tweens and teens. Or anyone else who feels like they need a little more calm and contentment in their lives.

Mission: Mindfulness courses equip young people and adults with mindfulness-based techniques to help them get the most out of 21st century life.

Contact me at admin@missionmindfulness.co.uk to work with me or for more information about courses.